Tomorrow is finally the final of Linie The Journey final in Oslo. To judge the 11 finalists from the Nordics and Germany, we are pleased to have with us some of the most recognized professionals in the spirit industry:

Monica is head of the jury for the second time. She is an award-winning bartender, author and co-founder of P(our), a not-for-profit organization devoted to exploring new ideas, sharing information, and exchanging inspiration within the global drinks industry. She was also awarded the Linie Honorary Award in 2015, for her services to and for Norwegian food and drink culture.

Monica said: " I'm very excited to be part of the jury again, and I’m very happy to welcome Germany to this year's final! Its great to see so many passionate bartenders work with Linie Aquavit, and I'm so curious to taste all their creations. "

Alex Kratena is widely credited for reinventing the traditional five-star hotel bar experience, making it relevant for 21st Century tastes and sensibilities. As Head Bartender of Artesian, at The Langham, London, Alex has led the bar and his team to win multiple UK and international awards. In October 2015 Artesian was recognized as Number 1, for the fourth consecutive year, in the World’s 50 Best Bar Awards by Drinks International. Alex is also contributing for the second time as jury member for Linie the Journey.

Alex said: " 'I am super excited to be returning to judge Linie finals this year and I look forward to explore new ideas, exciting ingredients and new techniques. Linie journey grows every year and our jury can't wait for the very best and most exciting finals yet."

Ryan, A.K.A. Mr Lyan, is well known for his awesome cocktail bars, as White Lyan, arguably one of the most inventive cocktail menus in the world, and Dandelyan.

Ryan has won several high profile global awards including “International Bartender of the Year” at Tales of the cocktails in 2015, and “Innovator of the Year” at imbibe awards in 2014 and 2016. Ryan is also founding committee member of P(our)

Ivan is master blender at Arcus. While he studied food science, he became intrigued by the subject of taste, the technology behind it and how the ingredients affect each other. His passion for blending comes from his interest for how this all ties together and his flair for complex tastes. Ivan is inspired by working with people that are passionate about making spirits and people in the industry who love creating wonderful experiences for the customers. One of Ivan’s biggest achievement so far has been to be awarded “Best spirit in the world” with Aalborg akvavit at The International Spirits Challenge in 2016. 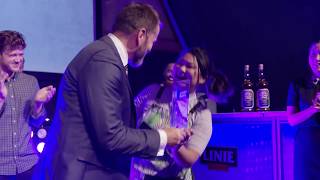 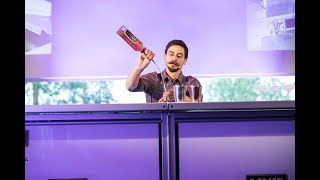